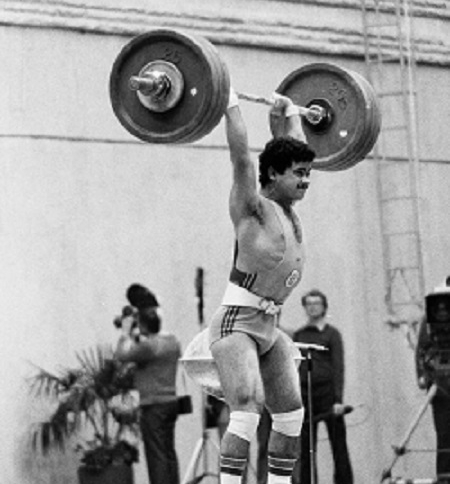 Stefan Topurov won a silver medal at the 1988 Seoul Olympic Games in South Korea, a gold medal at the 1987 Ostrava World Championship in the Czech Republic, as well as two silver medals at the 1983 Moscow World Championship in Russia and in Sofia, Bulgaria in 1986. He is two-time European Champion – from Vitoria-Gasteiz, Spain, in 1984 and from Reims, France, in 1987, as well as two-time vice-champion – from Moscow, Russia, in 1983 and from Cardiff, UK, in 1988. He competed in the 60 kg category. At the World and European Championships, which took place in Moscow in 1983, Topurov pushed 180 kilograms and became the first person in the world to lift his own weight three times. He has improved 22 world records.

Topurov started training weightlifting in 1977 in his hometown under the coach Petar Arnaudov. He graduated from the Vasil Levski Sports School in Plovdiv. He competed for the teams of Asenovets (from 1977 until 1979), Maritsa (from 1979 until 1982) and CSKA (from 1982 until 1992). Stefan Topurov is an honorary citizen of Asenovgrad.