Nonka Matova: I will never forget my world record for men 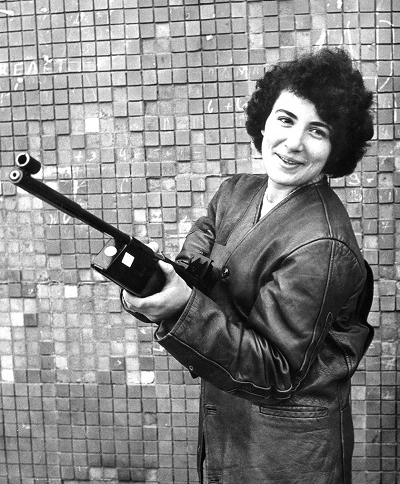 - When and how did you step on the firing range for the first time?

- It was 1968. Bulgaria had its own National Programs for  involvement of youth and adolescents in sports. This was implemented by the largest non-governmental organizations for sport - National organization for support of the Defence - initial selection and preparation and Bulgarian Union for Physical Culture and Sport - development of high sports mastery. Apparently, coach Atanas Chitanov had noticed the necessary qualities in me because he did not allow me to stop the sports training.

- You took part in six consecutive Olympics, as well as in the alternative to the Druzhba Olympics tournament in Moscow, Russia, in 1984. How did the preparation go and how do you maintain such a good shape?

- The Bulgarian Union for Physical Culture and Sport and National organization for support of the Defence were civic organizations, but the system was on a professional level. We had everything we needed, we also worked with the best professional specialists on the different type of training. The Bulgarian Union for Physical Culture and Sport had highly qualified own centers and people, which allowed the sporting form to be maintained in a narrow and upward way. This means reliability and rentability of the preparation to achieve elite results and rankings. We have achieved uniqueness.

- You have placed 11 world (two for men) and 28 European (two for men) recordings in shooting with a rifle. You are multiple Balkan and Republican rifle recorder. You earn over 600 medals in sports competitions. You get the prize for the most accurate shooter on the Balkan Peninsula and the world's most prestigious shooter award in 1985. What's the secret of your success?

- As I said, Bulgaria stood behind us and gave us the best possible. We managed to thank ourselves in our own way. But! If I should raise the end of the curtain to the secret of success, it is locked in the system of preparation. It is possible for the athletes to be endlessly technically prepared in their sport and physically, but if the psychological preparation suffers, things are predestined. It is true that the chance is on the side of the well-prepared. "The Lord gives, but does not bring in the fold." Success does not fall from the sky.

- Which is the most memorable moment of your career?

- Of course, victory among men. Until 1980, the Olympic disciplines in shooting were male. It was good that they assumed "inferior" groups in the higher competition - that is, the considered weaker women, adolescents, girls could participate in disciplines of the stronger. After my double European championship title with two world and two European records for the men of Lviv 1979, with an improved five-point old record, and my championship title again for men in the Pre-Olympic Games in Moscow, things were predetermined.In the Olympic Games is 1980 in Moscow I reached 6th and 7th among the male competition, and the results from second to ninth place were the same, but the latest series were taken into account, central 10. The electronic equipment that is available today was lacking then, and since the next Olympic Games (1984), they have introduced Olympic disciplines for women, but have specifically banned the participation of women with men.

- Why should we train professionally? How would you stimulate young athletes?

- Why?! The answer may be only one - if you are looking for success. The other is hobby.

The fact is that sport is a social phenomenon. It has been found to have a positive impact on all real-life spheres. Why do we need to reopen the warm water, the wheel, and the chronology begin with a new one, in order to become famous ?!

Let's look at our own experience. Upgraded and modernized, our own Bulgarian system is undoubtedly the winning option. It is no coincidence that so many countries around the world have made their champions with Bulgarian coaches. I wish the young athletes a lot of success! They know that success comes with a lot of work and stubbornness, but let's notice that it is mostly related to the quality of the team of specialists. A good team saves time and effort. In fact, time is life!

The interview is published with edits by the author. All rights to the text created under the project "Olympic Medalists of the City of Plovdiv" belongs to "Youth Center Plovdiv"