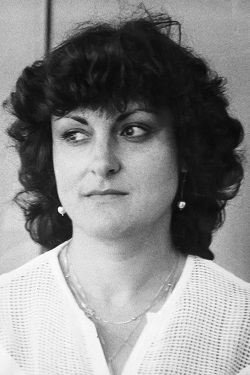 - When did you start professional rowing?

- I stared training in the autumn of 1972, after the Olympic Games in  Munich. My begining in sport was relatively late - when I was 17, already in high school. But rowing allows you to start training at a later stage. Several years later, I was admitted to the national team and then began rowing professionally.

- What is the preparation for the Olympic Games?

- The preparation for each separate competition is individual and serious. European championships are every year and there is little rest from the training process. The Olympic Games are every 4 years and accordingly the efforts are greater. Preparation for them starts at least one year earlier. No matter the race's rank, you need a lot of workouts. In order to achieve high results, it trains much - both in time and quality.

- You are the first Olympic medalist in rowing with Siika Kelbecheva. Is it difficult to work in a team?

- No, it's not difficult, as long as everyone in the tеам comply the other. The principle is only one - each one  to  be taken into consideration. We and Siika worked easily. Yet the goal justifies the means, and when the goal of the two is one - it shows that everything can be achieved.

- What is the "burden" and responsibility of the medal?

- First, it brings satisfaction for the  well-done job because the goal is justified. It also brings very positive emotions and this allows the rapid recovery of the body and the mind. The negative is felt only in years, and it is physical -  the burdens from high and maximum physical efforts.

- What is your message to the future generation?

- It all depends only on them - the young people. If children are more and more involved in physical activity, medals will come. Now everything is static and the movement is limited, but if the right habits in the sport are built, the results will not be late. My message is: life is movement and movement is life.

* The interview is published with edits by the author. All rights to the text created under the project "Olympic Medalists of the City of Plovdiv" belongs to "Youth Center Plovdiv"