Ivan Mihaylov: The box attracted me after watching a movie 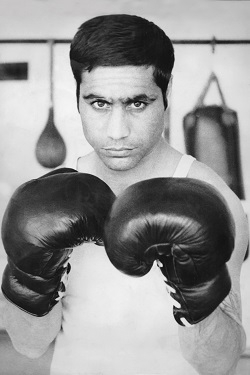 - Tell us how did your sport career start?

- I started training in the town of Sliven in 1961. Then I entered the barracks and I became champion twice in the team tournament. Later, I came to the team of Lokomotiv Plovdiv, where I became a Bulgarian champion three times, followed by the European Championship in 1967, where I participated for the first time in such a great competition and I did not expect to qualify, but actually I won a bronze medal. In 1968, I also won a bronze medal at the Olympics in Mexico.

- Why did you choose boxing?

- My wish has always been to practice boxing and at the time only this has attracted me as a sport. Then I watched a movie, "Heavy Gloves," and I liked the main role of a boxer.

- What did you learn from boxing? What qualities did you develop?

- Many things. But what is most important is discipline.

- How does the preparation for a competition go?

- We were constantly in camps. When one camp ended, they let us rest for 4 days and then back to camp. After each of them we had competitions - most of them international. And I think this training helped me to perform well. Maybe that's why I was so long part of the national team.

- And what about the Olympic Game?

- The preparation was very good and we knew what we were preparing for. It does not matter whether you go to a competition, the Olympic Games, or just to a camp - you have to perform well. And we have to present Bulgaria perfectly! It was difficult, but we were always motivated.

- After your sports career ended, you become a coach. What did  attaract you to coaching?

- How do you motivate young people to achieve high scores?

- I trained many guys and they were all good. I had a lot of champions, as well as the 2 nd and 3 rd places. What I always taught them was discipline. The most important thing to go up is having discipline . Without it nothing will happen. It is the only way to motivate yourself to win.