Positive emotions and broad smiles were an integral part of the Youth Forum "Truth or Dare: You in the 21st Century Version" 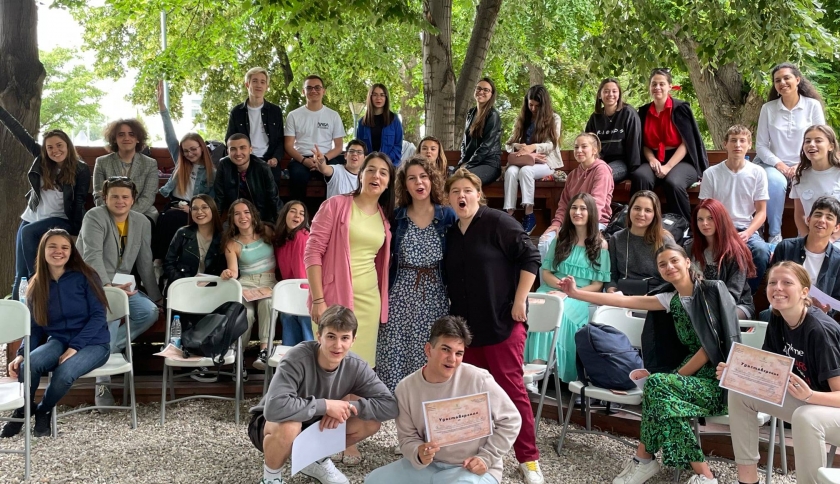 For the fifth consecutive time Municipal Enterpise "Youth Centre Plovdiv" organizes a Youth Forum "Truth or Dare". This year the event was titled "You in the 21st Century Version" and was dedicated to skills without which the modern young people could not. Youngsters from Plovdiv and the cities of Blagoevgrad, Burgas, Vratsa, Sofia, Stara Zagora and several other Bulgarian cities and towns took part in the forum between May 28-30th. Looking into this experience, they learned more about how to present their ideas, learn effectively, allocate their time, and not miss the opportunities that life offers them.

Each of the training modules was accompanied by many interactive games and broad smiles to the participants in all three days. Their favorite experience was also the treasure hunt game, in which everyone met significant places of our city - the Rowing Chanel and the Alley of Olympic Glory. Art is always an integral part of the forum - we enjoyed the musical performances of some of the participants and volunteers from the event. In addition, the Group on Forum theater at the Youth Centre played its performance, in which the audience had an active role in the plot of the social problem.

The next edition of the forum is scheduled for the autumn of this year.

Youth Forum "Truth or Dare: You in the 21st Century Version" is held as part of the activities of the project "Youth Centre Plovdiv - a powerful factor for local development" under the program "Local development, poverty reduction and improved inclusion of vulnerable groups", funded by the Financial Mechanism of the European Economic Area 2014-2021.