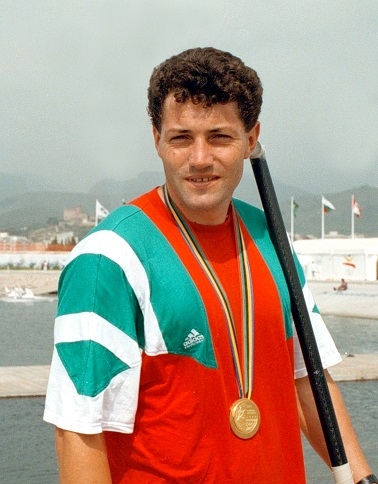 Buhalov is a two-time winner of the Canoe World Cup – upon the establishment of the Cup in 1993 and in 1995. He became part of the national men’s team in 1986. His first participation in the World Men’s Championship was in 1986 in Montreal, where he ranked third with canoe at 500 meters. His first World Cup title was in Copenhagen, Denmark, in 1993, when he won at C1 – 500 m. He is the only Bulgarian canoe champion for men from all championships under the aegis of the ICF and the ECA.

Nikolay Buhalov is the best Bulgarian canoe competitor of the twentieth century. He was ranked Bulgaria’s No 1 Athlete in 1992 and Bulgaria’s No 2 Athlete in 1994 and 1995, and was part of the Top 10 Bulgaria’s Best Athletes in 1991, 1993 and 1997. He has been honorary citizen of Plovdiv since 1992. Buhalov graduated from the National Sports Academy. In the period from 2003 until 2008 and in 2014 he was coach of the national team and Head of the Canoe Division. He is also Town councilor, President of the Trakiya Canoe-Kayak Sports Club and the face of Bulgaria during applications for hosting of large championships in Plovdiv.